Montessori is an approach to supporting the full development of the human being, inspiring children to a lifelong love of learning by following their natural development trajectory.

At Rockingham Montessori School, our classrooms provide a specially crafted learning environment where children can respond to their innate passion for learning. Children are encouraged to engage in spontaneous, purposeful activities with the guidance of a trained adult. Through their work, the children develop concentration and joyful self-discipline. Within a framework of order, the children progress at their own pace and rhythm, according to their individual capabilities.

Maria Montessori was born in Italy in 1870. She was the first woman to be awarded a Doctor of Medicine from the University of Rome, in 1896, and became involved in the Women’s Rights movement. While practising medicine she became interested in education and went on to achieve a degree in education, psychology and anthropology. She was an empiricist, and her educational method was developed through close observation of children in elementary schools and the way they learn.

She opened her Casa dei Bambini in Rome in 1907. By 1911, Montessori was focused fulltime on education, giving up her private medical practice and her teaching position at the University of Rome. She had already published her first book, Il Metododella Pedagogia Scientifica applicato all’educazione infantile nelle Case dei Bambini, and the Montessori method was being used in England and Argentina and being trialled in France and the USA.

Maria moved to Barcelona in 1916, where she set up a teacher training institute, and continued to travel internationally to train teachers, with the help of her son, Mario. She first spoke about her ideas for secondary school education in 1920, lecturing at Amsterdam University.

In 1932, in the midst of a turbulent Europe, she delivered a lecture entitled Peace and Education. In the following two years, the Fascist movement, first in Germany and then Italy, dismantled all Montessori schools in those countries. After General Franco’s coup in Spain in 1936, Montessori centred her training in The Netherlands, and continued to advocate for peace.

In 1939 she travelled to India to deliver a three-month training course, but when Italy entered World War II on the side of Germany, she and Mario were interned by the British colonial government as enemy aliens, confined to the compound of the Theosophical Society until the end of the war. She continued to train educators, publish her writings and advocate for peace, and was nominated for the Nobel Peace Prize in 1949, 1950 and 1951. She died in 1952.

In a Montessori school, teachers typically have a regular teaching qualification and an additional Montessori teacher education diploma and are traditionally called ‘Directors’, rather than ‘Teachers’.

The Director’s role is that of guide or facilitator, supporting the child in their self-development. They are foremost an observer, unobtrusively yet carefully monitoring each child’s development and recognising their needs. They provide children with a link to the prepared environment. The most important attribute of a Montessori educator is the love and respect they hold for each child’s total being. Montessori Directors become very important figures in the children’s lives. They remain together for three years and a strong relationship is formed between them. You can learn more about each of Rockingham Montessori School’s directors and staff in this page.

Montessori classrooms are multi-aged learning environments, based on Dr Montessori’s stage theory of human development, which she called The Four Planes of Development.

In the first plane from birth to age six, the child is characterised by their ‘absorbent mind’, absorbing all aspects of their environment, language and culture. In the second plane from age six to twelve, the child uses a ‘reasoning mind’ to explore the world with abstract thought and imagination. In the third plane from twelve to eighteen, the adolescent has a ‘humanistic mind’ eager to understand humanity and the contribution he or she can make to society. In the last plane of development, from age eighteen to twenty-four, the adult explores the world with a ‘specialist mind’ taking his or her place in the world.

Maria Montessori believed that if education followed the natural development of the child, then society would gradually move to a higher level of co-operation, peace and harmony.

Montessori classrooms are often called the ‘prepared environment’ and are designed to meet the physical and psychological needs of the child at each stage of development. Furniture and materials are child-sized. The curriculum is embedded in the hands-on materials and activities in the learning environment.

The beauty, order and accessibility in the classroom entice the child to engage with the activities according to their individual interests and at their own pace. In this way learning becomes highly personalized.

At the same time, the child learns to interact socially. The three-year age range enables older children to teach the younger and learn from this experience while the younger children are inspired to more advanced work through observing the older ones. With a variety of levels, each child can work at their own pace, unhindered by competition and encouraged by co-operation.

Key principles of the prepared environment are:

‘Nothing goes into the mind that does not first go through the hands’ (Dr Maria Montessori).

Montessori materials embody the learning curriculum and are designed to stimulate the child into logical thought and independent discovery. They are provocative, enticing and simple to use. However, beneath the beauty and simplicity, lies a deep intentionality. Each is designed to meet one or more specific needs of the child, and each material has been developed in the context of all the other materials. Each has what is known as a ‘control of error’. If the child has done something incorrectly it will be self-evident. The geometric shape, for example, won’t fit the hole, or the water will spill on the table. Being able to see his or her own mistake allows the child to work independently.

Montessori on the Internet: A Parent’s Guide

Googling Montessori Australia in 2008 brought up 622,000 results. In 2018, it was 6,060,000. These recommended sites were put together by a Rockingham Montessori School parent, and we hope they help you navigate the overload of information available. They are selected with the perspective of the parent in mind, so they offer resources like books and DVDs, answers to frequently asked questions, ways to support the Montessori approach in the home, finding a school, parent education and more. This is a beginning and one step on the journey of ongoing learning offered by involvement with Montessori. Enjoy!

The Montessori World Educational Institute in Western Australia offers quality, nationally accredited Montessori training courses, as well as education, professional support and information on the Montessori approach. They partner with schools, childcare centres and work with the wider community. Whether you aspire to become a Montessori teacher, education assistant, child-care provider or playgroup coordinator, there is a course here to suit you.

This site, based in California, contains simple and sound information on the philosophy and practice of Montessori. It has for more than 30 years been producing catalogues which are much more than catalogues, filled with Montessori quotes, materials for use in the home, beautiful photos and drawings and even fundraising ideas. Their publications: The Joyful Child and Child of the World, come highly recommended. You can download chapters from these publications.

This is the site of Association Montessori Internationale, the organisation founded by Dr Montessori in 1929, based in The Netherlands. It lists the goals and activities of the organisation, offers information on the central notion of the Prepared Environment, the history of Montessori, the pedagogy, and the role of the Montessori teacher. It has excellent publications for parents produced by its USA branch which can be purchased using a credit card. This site also contains the article which appeared in the journal Science, in September 2006, on outcomes for children in a Montessori program, a longitudinal study.

This site is a great source of toys/baskets/aprons/kitchenware and such for children, both in the prepared environment at school and in the home.

This is the site of the Montessori Children’s Foundation, a national organisation based in Sydney Its focus is to ‘promote Montessori as a means to achieving peace and social reform’. It supports projects in indigenous communities in Australia. This site has excellent articles and research in this area. 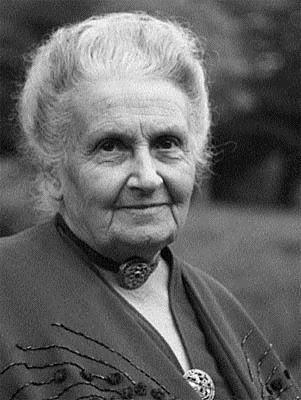 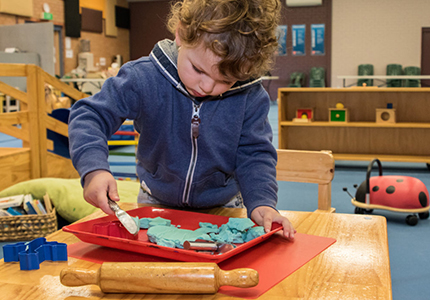 Our Infant Toddler Program (Playgroup) is the ideal way for your family to experience the Montessori philosophy and practice, while providing toddlers with a gentle transition to the Children’s House. 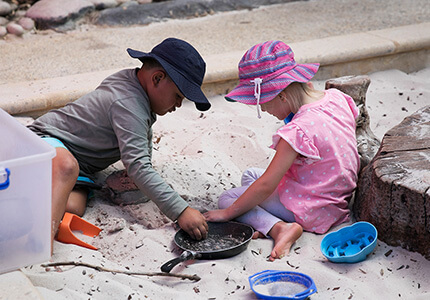 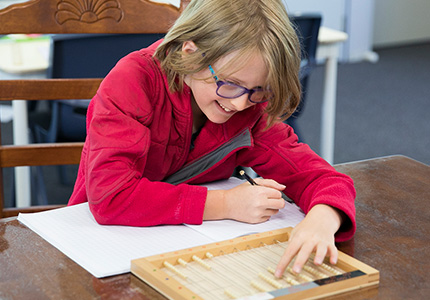 Rockingham Montessori School has three Lower-Primary classrooms: Jelly Fish, Starfish and Sea Lions, continuing our ocean theme. Teachers are Montessori-trained and work with the help of an education assistant. 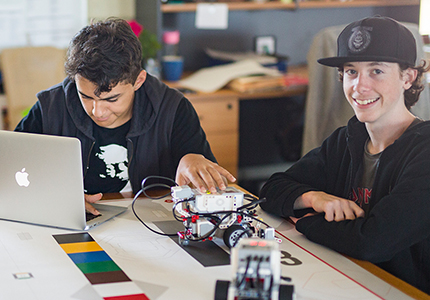 In Montessori’s third plane of development, from twelve to eighteen years old, the adolescent has a ‘humanistic mind’ eager to understand humanity and the contribution they can make to society.

Feel free to visit us